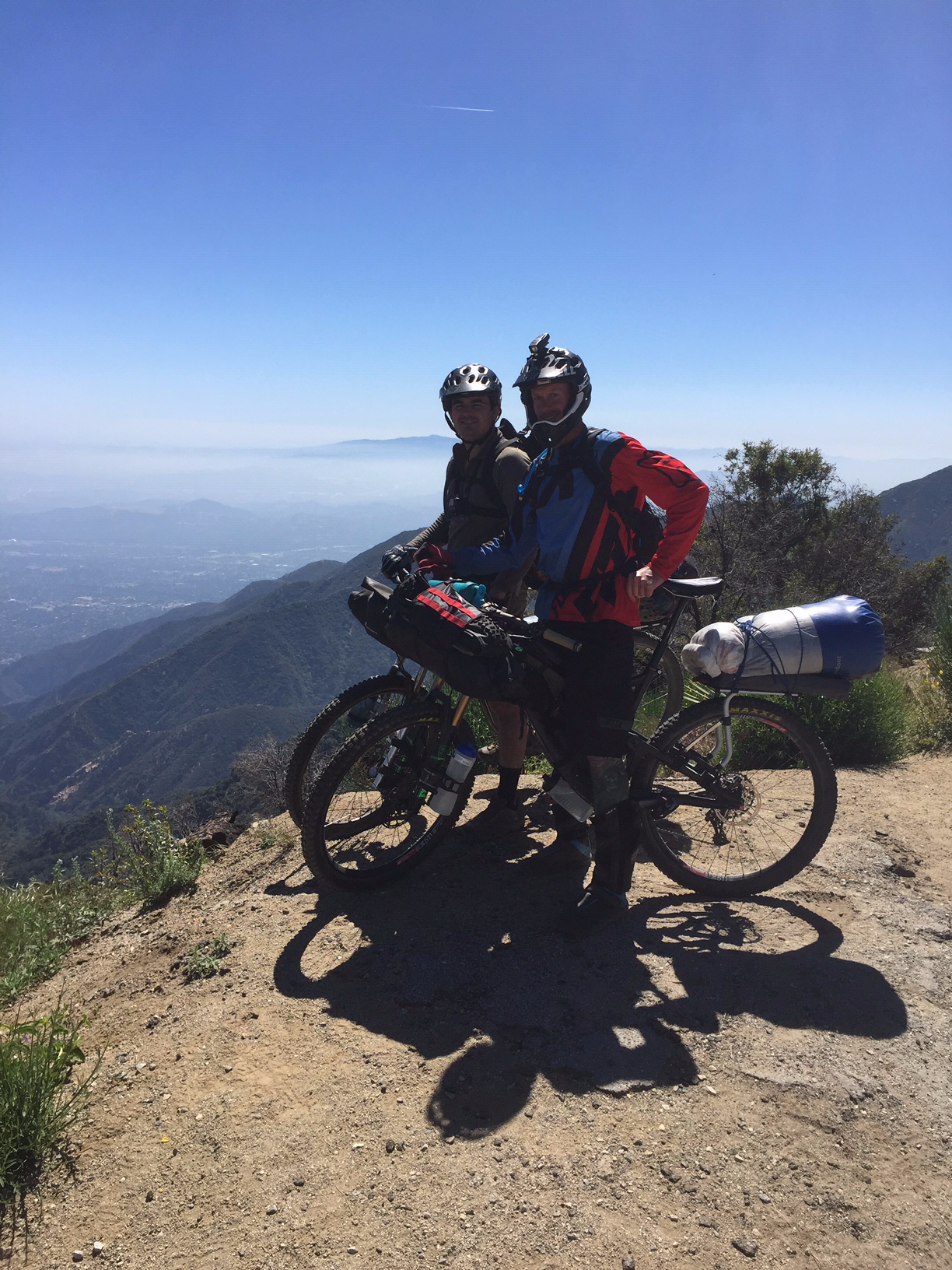 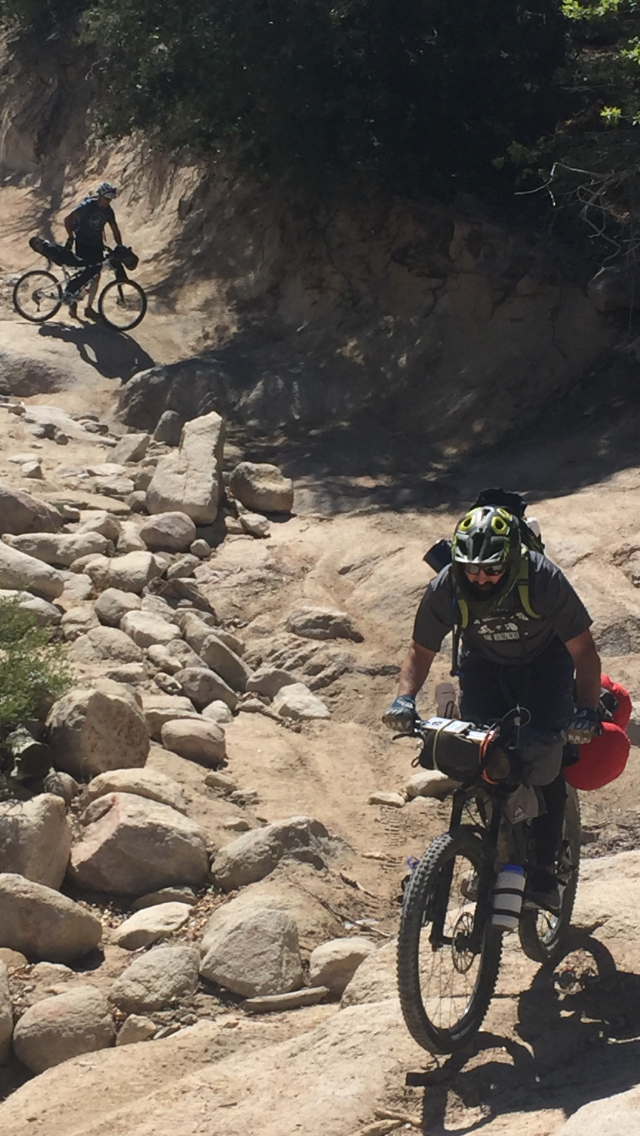 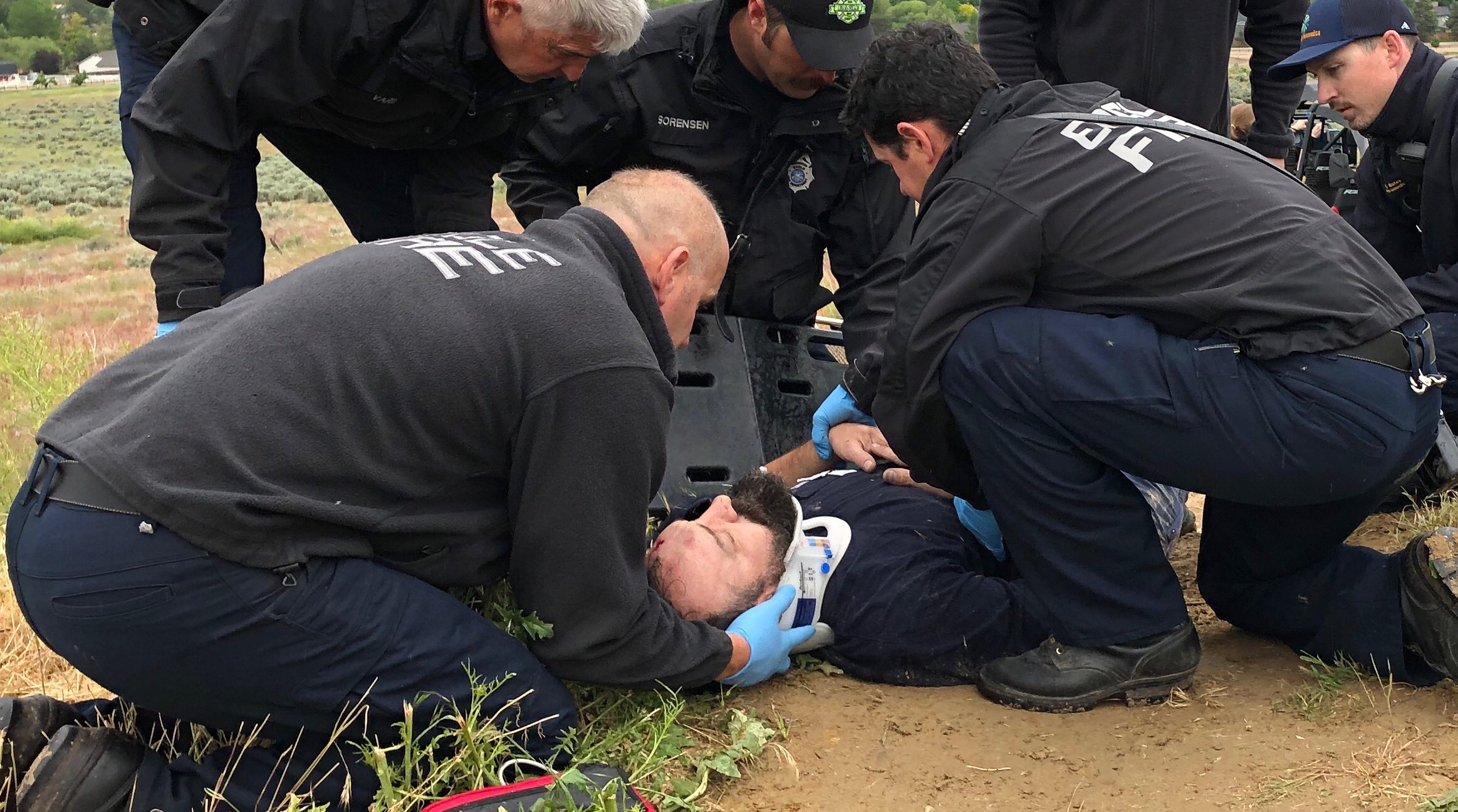 On Sunday May 19th, Joshua Jackson was badly injured in a Mountain Biking accident. He suffered a broken shoulder, broken ribs, and (3) cracked vertebrae in his back. Joshua is the sole provider to his family, he is married and is a father to 3 beautiful kids. The Jackson family recently relocated from Southern California to Idaho where Joshua just started a new job, and a new life for his family.

What did we do about it?

A couple of FMC Athletes stepped forward and took on an extremely challenging bikepacking trip. (Bikepacking is backpacking on bikes). You can follow John Inglis on Instagram @johnm.inglis and David Collard @1adventure2live, both can also be found on Strava, or you can look up the hashtag #fmcteamjackson to see some of the pictures that were posted during the campaign. The guys carried 40 + LBS of gear, and travelled completely self supported on their mountain bikes. They filtered water from streams, and camped on the trail.

Day 1 the guys travelled from Big Bear Lake to Silverwood Lake and took offload trails and fire roads for 43 Miles until reaching Miller Canyon OHV Staging Area where they camped.

Day 2 started at 7am. They left the Miller Canyon camp at Silverwood Lake and took Hwy 138, crossed the 15 freeway, then took a left and headed over to Lytle Creek. They went up an over the back side of Mt Baldy to the notch, ate burgers at the Baldy Lodge Restaurant, then decided to ride through the night. They took Glendora Ridge Rd, to East Fork, to Azusa Canyon, then took Devils Canyon Truck Trail to "Glenn Camp" In total they rode 75 miles from 7am - 10pm that day!

Day 3 was an interesting one. The guys slept in a little and didn't leave camp until 9am. They zig zagged up the mountain from Cogswell Dam until eventually reaching the Newcombs Pass saddle, and then they took the Rim Trail up to the Mt Wilson Observatory. The climb to the Observatory was the most difficult of the entire trip (and of their lives). The guys enjoyed lunch at the Cosmic Cafe then took their time descending to Mt Lowe, through Mueller Tunnel, and eventually worked their way down to the Echo Mountain Hotel Ruins. Here's where Day 3 became "interesting". Originally this trip was set for 5 days. The guys were covering great miles and decided they would be able to make it home in 3 days. Incline Trail looked to be the shortest path to get out of the Alta Dena Mountains, and then take the streets for 20 miles back to Glendora. Unfortunately, the guys lost trace of the trail 3/4 of the way down, and found themselves sliding down the hillside with their bikes and gear. Below them there was a cliff, and cliffs to either side. They did not have the energy to get their bikes out through the dense brush, and loose footing, nor did they know which way to go to get back on the densely overgrown trail. They activated their "Findmespot" Device, the device gave exact coordinates to friends on their emergency list, and authorities were contacted with those specific coordinates. Alta Dena Mountain Search and Rescue Responded.

The Rescue. The guys roped up a bright orange ground sheet so that as search and rescue entered the canyon they would be able to see where the guys were located on the hillside. It worked perfectly. The guys were eventually repelled 100' down to the trails below, and then their bikes and gear were repelled down too. They were able to walk out uninjured and were then picked up at the trail head in Alta Dena. The Total stats for the ride. 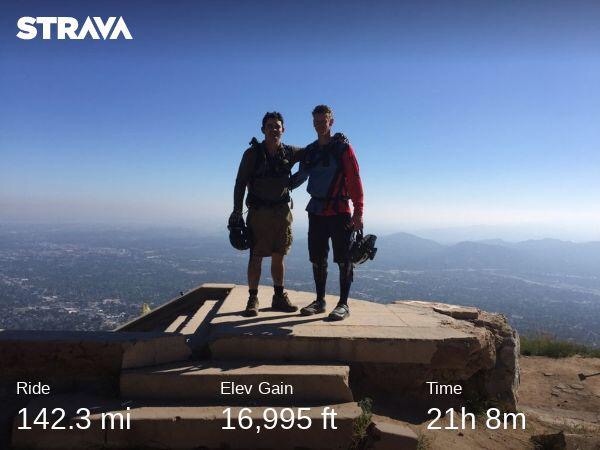 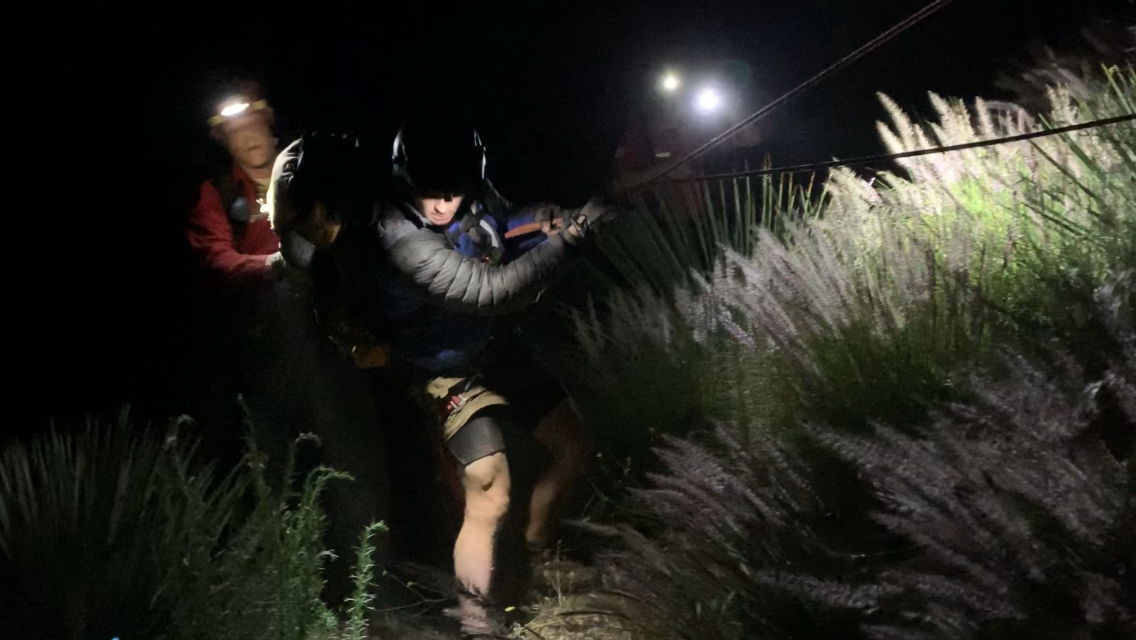 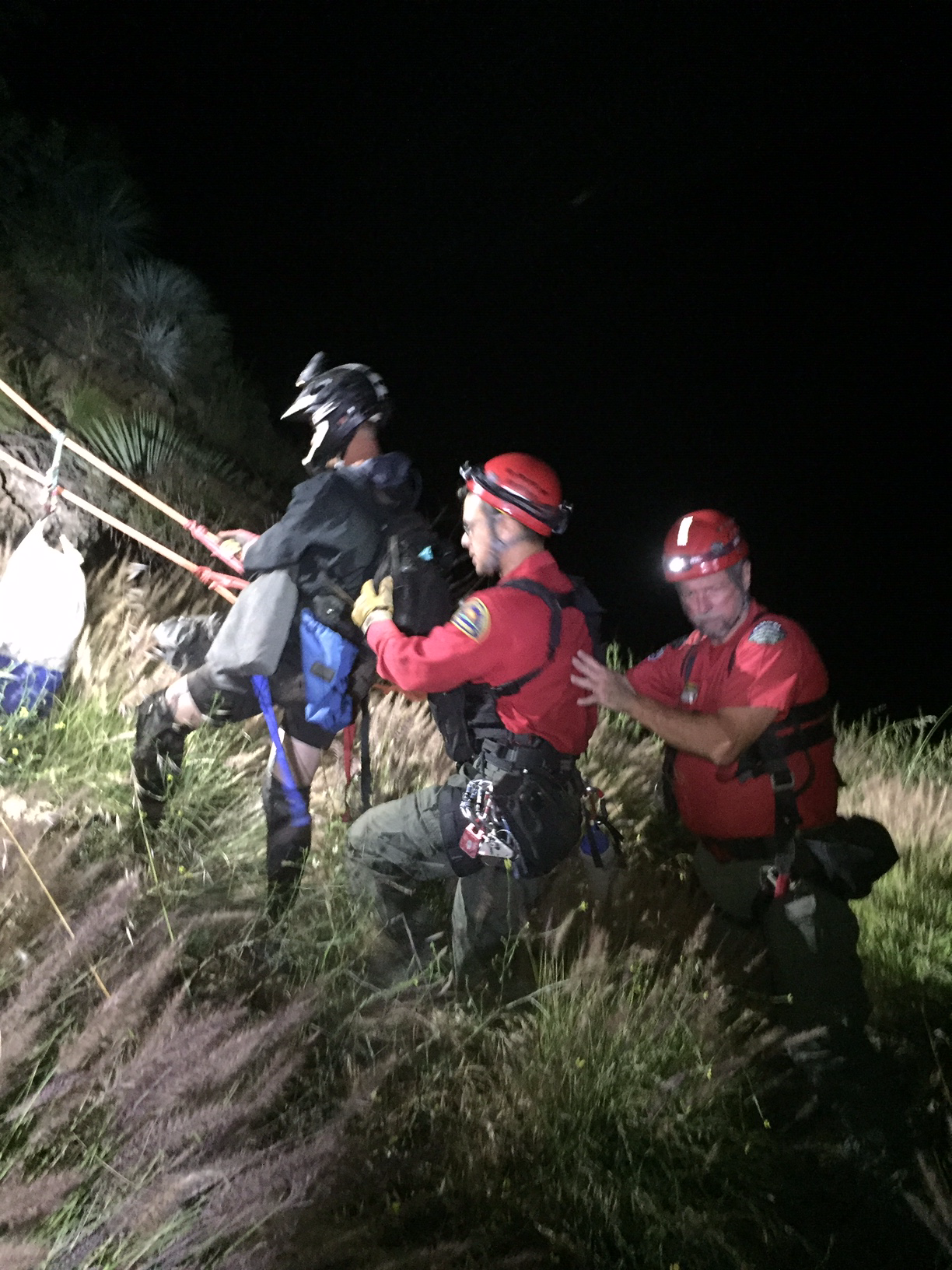